Social campaigns aim to change Poles’ behaviour, by shocking, teaching or entertaining them. In recent years, we can observe that because of limited budgets, as well as a deluge of information, campaign creators often decide to rouse controversy.

Down syndrome is still a taboo subject in Poland, although Poles are officially tolerant. The aim of this campaign was to provoke a discussion on the Polish society’s attitude towards people with Down syndrome. The campaign took place in November 2011, under the slogan “Understand and let me live.” In the biggest Polish cities, there were more than 150 billboards with photos of Ola Błaszyk, a competitor in the Special Olympics in Poland. The photos accompanied quotes by people with Down syndrome as well as their parents.

The “Down syndrome is like a spot on a shirt that you cannot wash out” slogan raised outrage in the media and public opinion. “Who lacked imagination, sensitivity or just their brains?” asked Dorota Zawadzka, the first Polish ‘’Supernanny”. The billboard spot divided those who commented on it, but it also had some positive effects. Disabled children who hardly ever left their homes took photos of themselves under the billboards. The campaign was also nominated for a Golden Arrow award.

This campaign was inspired by the results of readership research carried out by Biblioteka Narodowa (National Library). According to the survey, only 44% of Poles had read a book the previous year (2010). The organizers of the campaign belong to a private discussion group of “Qlub Xsiążkowy”. They are simply people who like reading. Among the members of the group, there are photographers and graphic artists, and it is from here where the idea of the visual form of the campaign came from. They persuaded 12 recognizable people to take part in the campaign and took photos showing them in bed, with a book in their hands. Among those photographed were Anna Laszuk – a journalist, Kazimiera Szczuka – a literary critic and a feminist activist, Sylwia Chutnik and Jacek Dehnel – writers, Paweł Althamer – a visual artist, as well as the Kapela ze Wsi Warszawa music band.

The campaign raised considerable interest and was supported by many people. However, it was also criticized because of the sexualization of the message. The photos were exhibited in various places in Poland, while “You do not read? I will not go to bed with you!” campaign won a plebiscite for the best social campaign in 2011, organised by the Kampaniespoleczne.pl website. Unfortunately, its influence on people’s habits was not significant: Poles are reading fewer and fewer books. The latest research shows that sex, indeed, sells well, but only on its own. 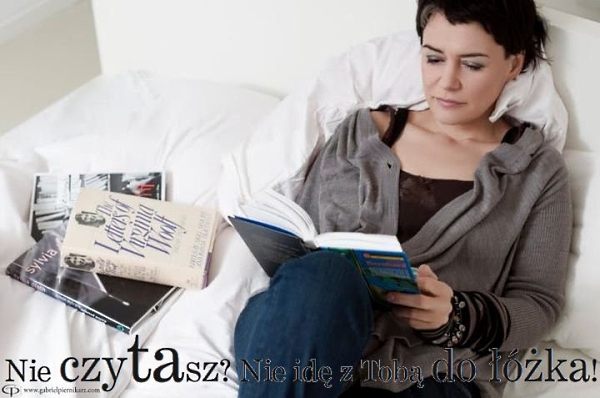 “Cruel, merciless, counter-productive”. Such negative comments could be found on the Internet under almost every publication about the Ministry of the Interior’s campaign. Its authors, people from the K2 agency, created a nice animated bus character that fosters sympathy, as it cannot take children on trips anymore because of its bad technical condition. The vehicle decides to commit suicide – by going for scrap. However, there is a spark of hope – maybe it will become a part of museum exposition or one of the facilities on some playground? However, it is destroyed and transported on a conveyor belt, in the form of pressed metal – all for the sake of the children. The aim of this short video is to encourage parents to use the Bezpieczny Autobus (Safe Bus) service where you can easily check the technical condition of a vehicle, online. It is enough to know its registration plate number. It is very useful, especially in the summer, when children go to camps and on trips.

When the first emotions had subsided, one could also hear some positive remarks with regard to the K2 agency production.

“Autobusik is lovely and makes you attached to it, but this is not a place for sentiments. It is scrap, it is dangerous and cannot be used”, said the spot’s supporters. This is exactly what its creator’s idea was. “We wanted the viewers to feel empathy towards the main character and then make them aware that we should not feel pity for vehicles only because we are attached to them (believing that the vehicle may still be repaired). Let’s remember that our children’s safety and health depend on these coaches’ technical condition”, said Piotr Mierzwiński from the Centre for Informatics and Technology (Centralny Ośrodek Informatyki, the campaign co-organiser). He explains that he wanted to achieve a strong effect from the campaign without showing any drastic scenes, without bloody pictures of accidents, and that is why such an animation was chosen.

4. It is too late for me to be a mum? Do not postpone maternity

This campaign triggered a great stir and the most emotional reactions, as the fertility rate dramatically decreases in Poland (only 1.3 children per woman; one of the last places in Europe). The representatives of Fundacja Mamy i Taty (Mom and Dad Fund) decided to make an advertising spot in which a successful woman who has a beautiful house and who has built a successful career regrets that she did not decide to have a child earlier.

The Hit Dog Howls. This campaign outraged or rather made the target group simply furious. However, it also had its keen supporters. The campaign was discussed in the media, in chat rooms and on blogs, as well as during conference panel sessions. It was also mentioned by Polish celebrities, who explained their decision on postponing or resigning from maternity.

The Internet was flooded with memes, humorous drawings and famous people’s comments. In spite of this, we will have to wait a long time for the results of the campaign. 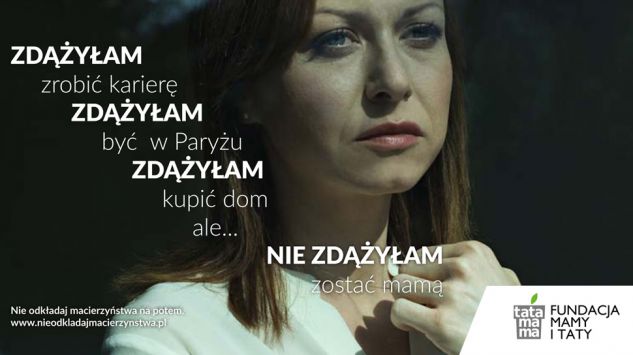 5. Hurry up to love people. They pass away so fast

The last example is not a social campaign, but a private initiative. The Polish hosiery brand, Adrian, is well known for controversial advertising. It shows models in a wheelchair or after mastectomy, claiming that Adrian loves all women. Last year, billboards, hung up around All Saints’ Day, depicted a woman who is devastated after the death of someone who had been close to her. The advert was criticized by the Advertising Ethics Commission. The Adrian owner says, “The aim of the last campaign was to bring attention to the fact that life goes by so fast and the daily rat race lacks time for close family and friends, as well as to that moment that often comes so unexpectedly, when we are not able to change anything. Then there are only regrets, longing and emptiness left. That was the message.”

One Polish blogger said: ‘’Does death deserve respect? Death takes everything, so it does not deserve anything.’’