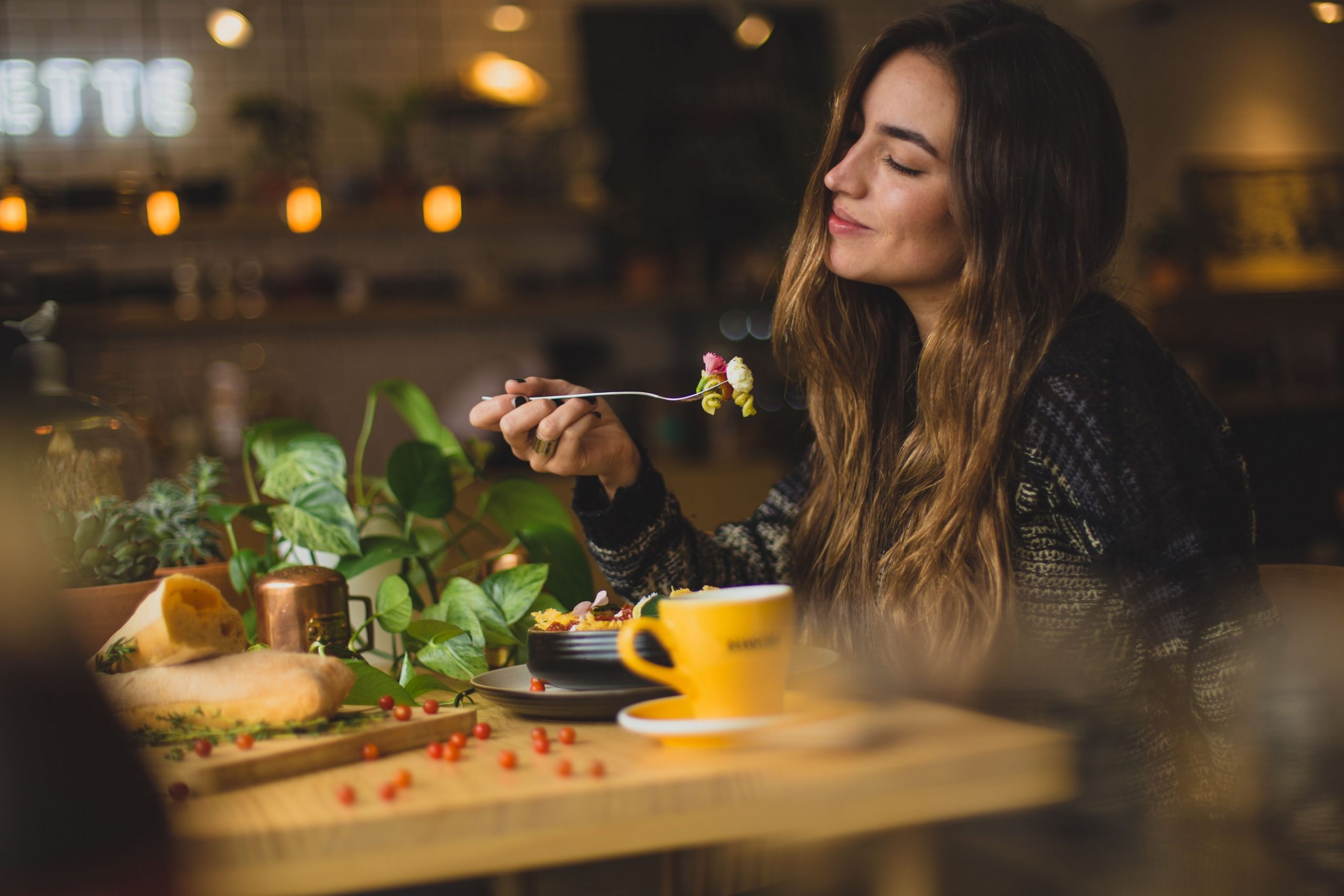 The Polish food customer is changing dynamically; so is the entire industry. What influences this? Pandemics, an increasingly affluent society, but also the rising prices of certain products and semi-finished products. According to data from the Portal Spożywczy report, sectors such as the dairy industry recorded a 43% increase in sales; others, such as the poultry segment, recorded a drop of as much as 70%. Producers have to adapt to changes and modify their strategies in order to fit in with their customers. How are they doing it? Here are five strong trends of the food industry in Poland and how brands use them in their Polish PR activities.

This year’s report “Greeen Generation Wspólnie Na Rzecz Ziemi” concerning the ecological awareness of Polish consumers and their behaviour in the context of environmental protection shows that as many as ¾ of online shoppers perceive environmentally unfriendly shopping practices. The main one turns out to be environmentally unfriendly packaging. The vast majority of Poles pay attention to whether the products they buy are not packed in excessive amounts of unnecessary foil or other materials that cannot be recycled. This applies both to the ways in which e-commerce shipments are packaged, as well as classic packaging: jars, boxes or bottles.

More and more Polish food brands (but also foreign brands that sell to Polish customers) are no longer indifferent to this consumer trend – even the biggest corporations. An example of this is the Żywiec Zdrój brand (spring water producer – so far known for its plastic bottles) which in the first half of 2021 launched a new water packaging – a 100% “przezro CZYSTA” (a play on the words transparent and clean) bottle without a label made of recycled plastic. All key product information was embossed on the packaging itself, reducing the amount of plastic used in production. The launch of a de facto completely new product was accompanied by a comprehensive PR campaign, including both press releases with selected editors (mainly women’s magazines) and cooperation with Polish influencers.

Polish consumers are already aware of the enormous impact that food brands have on CO2 emissions. On the one hand, it is the production of food itself; on the other, the transport of products. More and more brands have recognised this consumer trend and are increasingly willing to talk about their efforts to reduce their carbon footprint. One example of this is Huel, which clearly writes about how the carbon footprint of producing one package of their food is quantified. This is one of the strong markers of the brand – especially since competing companies do not provide this information publicly.

Then, we have the beer producer Carlsberg, which in cooperation with the Żabka shop chain in the middle of this year, announced the appearance of a special six-pack of beer cans in which the Snap Pack technology (connecting the cans by means of glue points) was used. As they claimed in their promotional campaign, the Snap Pack technology allowed them to reduce foil consumption by up to 82% in comparison with standard multipacks and thus reduce CO2 emissions.

Coca-Cola has decided to take a similar step. The Polish representatives of the concern announced that some of the products released on the Polish market will use the KeelClip technology, i.e. simply a paper holder, instead of the classic film for packing six-packs of cans of the drink. The action was promoted by a campaign with the slogan “Grab and go”, and six-packs without foil appeared, for example, on the shelves of the Biedronka shops, and on their social media.

Just as in the world, the popularity of plant-based food or food producers who care about animal welfare is growing in Poland. Free-range eggs are leading the way here. According to a survey conducted by Biostat in 2020, as many as 82% of Poles questioned believe that caged hen farming does not provide adequate living conditions for the animals. According to the Centre for Social Opinion Research, the way laying hens are reared is the most important criterion for Poles when buying eggs. In 2018, 35% of those surveyed admitted that they pay most attention to this factor. By 2025, eggs “three” are to be withdrawn from circulation and an increasing number of food manufacturers are reaching out to customers by voluntarily abandoning the use of caged hen eggs.

An example of this is Polish producer Lubella, which has already implemented the change. Lubella’s egg pasta has just appeared on the market, containing only free-range eggs. This is accompanied by a 360 campaign, which combines activations on the Internet, in the press, TV spots, as well as a song and a video created in cooperation with the Jarzębina folk band. The whole thing received a very good response from consumers.

An interesting trend in the Polish food production industry, which is worth watching, is also hybrid food. In Poland, there is more and more talk about the need to minimise meat in the daily diet. However, not everyone is able to completely give up eating meat. Here, the solution is often so-called flexitarianism, which is simply a plant-based diet containing small amounts of meals based on meat or fish. Many Polish brands have also found an opportunity to make money in this consumer group.

The best example here is Sokołów – until recently a producer of exclusively meat, cold cuts and sausages. It began experimenting with entirely plant-based kabanos, which were to open the brand to a new market of vegans and vegetarians. Sokołow’s next idea, in turn, is hybrid food, i.e. a combination of meat and vegetables. Customers were offered four versions of classic pork in different flavours with the addition of different vegetable mixes. The producer is targeting the product specifically at flexitarians – and their PR materials in the press and social media are also aimed at such people.

Craftsmanship and tradition of production

Poles are becoming more and more affluent, and therefore also more and more demanding customers. Year after year, we can see growing demand for food that is not only healthy or organic, but also high quality or simply luxurious. This is particularly evident in the case of confectionery – Polish confectionery manufacturers are noticing an increase in the market for dark chocolates, chocolates without sugar or in original flavour options. Poles are also paying more attention to elegant packaging and the brand communication itself – emphasising traditional production and long market presence.

This is exactly the direction that the Wawel brand, a manufacturer of Polish chocolates and chocolate products, has taken with its PR communication this year. The new image campaign is accompanied by the slogan “Noble taste of chocolate, which is worth waiting for” and emphasises the company’s long tradition. The brand talks about conching, which is an extended process of mixing chocolate, building a warm, family atmosphere. The campaign was present in the form of spots on TV, cinema and digital. To celebrate the new PR communication, the brand also organised social media competitions.

The Książęce beer brand is also taking a similar approach. This year’s new campaign carrying the hashtag #piwnestyleświata features an animated Książęce, the brand hero of the brand. The spots accompanying the campaign present him as a guide to the world and the history of different types of beer.

Turning to the local

The Polish food market has been talking about focusing on locality for a very long time. Campaigns or products bearing the slogan “Polish quality” or “Polish production” are nothing new. However, the pandemic has given this trend a completely new face. Supporting local producers is no longer just a fashion, but a social choice. In fact, Poles are trying even harder to support local businesses. More and more Polish consumers are treating locality and family businesses as synonymous with freshness, taste or quality.

There are several producers on the Polish market who have placed local production at the core of their PR communication and brand identity. Among them stand out, for example, Bracia Sadownicy, a company created by two brothers from Śmiłowice in the Kuyavia region. They started by selling natural apple juices – today their offer includes not only multifruit juices, but also mousses, as well as simply fresh apples in the zero waste trend (packed without foil).

Similar examples can also be found in the Polish local producers Pasieka Rodziny Sadowski (natural, organic and Polish honey with various flavourings) and the regional Podlasie producer Ser Koryciński, whose original cheese is not only on the List of Traditional Products of the Ministry of Agriculture and Rural Development, but is also registered by the European Commission as a Protected Geographical Indication, which the brand strongly emphasises in its media releases.

These are just a few of the many trends we see in the food industry in Poland. As an experienced advertising agency we keep abreast of everything that is happening on the market and help our clients in this sector to adapt their Polish PR and marketing strategy to the dynamic changes. If your company also needs our support, contact us today!