Brand heroes – the most interesting examples on the Polish market (and what can we learn from them?) 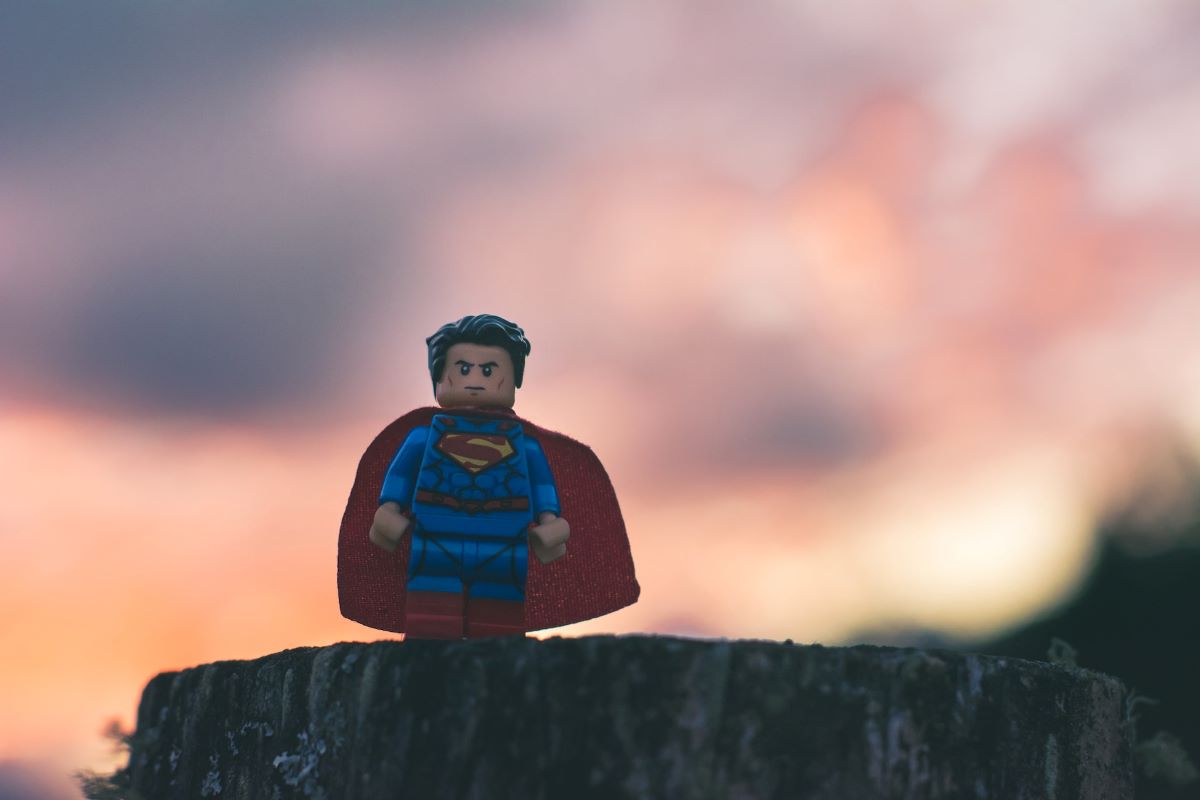 Online marketing research is clear – the mere presence of a brand hero on social media increases the number of shares and interactions with posts. The brand mascot attracts customers, arouses sympathy, evokes associations with the brand and naturally builds a specific brand image in the minds of the audience. And best of all – any time is a good time to introduce a brand hero into communication.

How do you make your Polish customers fall in love with you? Here are our tips supported by the most iconic examples from Polish marketing.

Żubr beer brand is one of the absolute classics among brand heroes on the Polish market. Probably every Pole, regardless of age, is familiar with it. It owes its popularity primarily to short, amusing and easy-to-remember advertising spots broadcast on television, since 2003. The slogan accompanying the commercials, “Żubr is in the wilderness”, has made the brand one of the most popular beer brands in Poland.

The very choice of animal – the slow, nature-surrounded Żubr – directly relates to the brand’s typical consumer. After all, the main target group here is the middle-aged man, who instead of extreme sports or evenings at the bar, chooses to relax in front of the TV or in nature. What is more, Żubr itself has very familiar associations, thanks to which the brand sends the consumer a clear suggestion of its Polish roots. In our opinion, this is an excellent example of product marketing and in a rather difficult sector such as the alcohol industry.

A tip from a Polish comms agency:

Try to ensure that the brand hero’s character traits in some way embody those of your customer. In this case, the lazy, calm, relaxed bison evokes obvious associations with the typical consumer of Żubr Beer and accompanies them in unhurried relaxation, for example after work. This makes the whole creation consistent and the brand hero more likely to be accepted by your target group.

For years, the two mascots of the telecommunications operator Orange (formerly TP) were regarded in Polish marketing circles as some of the best brand heroes ever. Created as contrasts, their extremely different characters created space for many amusing anecdotes and dialogues, which became the subject of Orange brand advertising spots. The sensible Reason stood in contrast to the light-hearted Heart, and as a result their adventures could make you laugh till you burst into tears. The brand often played with form, for example by making its brand heroes into parody characters of cult film scenes.

As the official results of the brand’s qualitative research from 2010 (i.e. when these characters appeared in TV spots) show, the brand achieved the best sales of online and TV packages. True, the brand discontinued Heart and Reason after six years, but most Poles still certainly remember their crazy adventures.

A tip from a Polish agency:

If you decide to make your brand heroes a duo – don’t be afraid to go all the way. Such a pairing built on contrast is a great starting point for creating endless story ideas to tell in adverts.

Another and no less memorable duo of brand heroes in this list. Henio and Krysia, the stereotypical Polish couple shopping in supermarkets, were the faces of the Tesco chain for years. Each TV commercial featuring the two was a separate skit, as if taken out of the best cabaret. Watching Tesco spots was able to turn a boring advertising block into real entertainment.

Henio and Krysia, like Heart and Reason, also arose from clear oppositions – a tall, slim, resourceful woman versus her plump, short and awkward husband. The pair left the stage in 2014, but are still remembered by most Poles of all ages.

A tip from a Polish agency:

When looking for a character for your brand hero, it is worth thinking about the stereotypical traits of your consumers, in this case, Poles. Think about what characteristics of this nation resonate well in advertisements? What are the most memes about Poles? However, it is worth engaging native Poles (e.g. a Polish advertising agency) for such brainstorming, as they will know many nuances that you may not even be aware of.

Mały Głód (A Little Bit of Hunger) – which is the brand hero of homogenised cottage cheese manufacturer Danio from Danone – is one of the veteran mascots of Polish brands. We have met him continuously since 2004, both in TV commercials and in the brand’s social media. Mały Głód also appears on the packaging of Danio brand products. Interestingly, the character created in Poland is also used by Danone on foreign markets, including the UK, France, Italy, Brazil and Finland.

The yellow monster in the green T-shirt, however, is the least obvious character in this juxtaposition. For he represents neither the qualities of the brand itself nor of its consumers. He has been created as a flamboyant, mischievous and not very pretty antagonist character – he embodies the intrusive feeling of hunger, which can be killed with… Danio yogurt.

Who says a brand hero always has to be good? If you want your character to be better remembered, think about what your brand or product is up against and make that thing your character. After all, even in the movies, the most memorable are the delicious creations of the bad guys.

In addition to a number of fantastic animated or animal characters, the list of the best Polish brand heroes must include excellent acting creations. The most iconic of these are Blondie and Brunet, the salesmen at the Play mobile network store. Although their story as brand heroes began innocently enough and probably no one at the originators of the idea was predicting success, the charming, laughing Blonde and her colleague quickly won the hearts of fans.

As a result, they became the backbone of all Play-branded TV spots, often as an addition to commercials featuring Polish celebrities (such as Agnieszka Dygant, Agnieszka Chylińska or Kuba Wojewódzki). Interestingly, the character of Blonde created by Barbara Kurdej-Szatan in the Play commercials gave the actress’ career a dynamic boost and she became one of the biggest Polish influencers.

The example of brand heroes of the Play brand proves that the recipe for success does not at all require a brilliant idea for an animated character or a great graphic artist to design this character. Sometimes all it takes is a good script for an advert and the charismatic personalities of the actors playing the written roles.

A hedonist, a king of life and a party pooper with a sharp tongue – although these qualities on the surface do not sound like a recipe for a good brand hero, in the case of Plushak they proved to be a real success. Plushak, the brand hero of the Plus brand that has been in operation since 2014, was almost like the complete opposite of the brand’s book hero. And yet his appearance in advertising spots and social media brought huge benefits to the brand.

The laid-back Plushak completely rejuvenated the brand’s image, reaching a completely new audience – the young generation of Poles. All creations, from advertisements to social media to graphics on advertising banners, were memes and evoked emotions. Not always exclusively positive ones.

Want to attract a new target? Start thinking and talking like them. The Plus brand risked a lot by introducing the Plushak character to young Poles. And although he has aroused many extreme evaluations (especially among older audiences), in the end the move has paid off handsomely. Plushak is almost synonymous with an excellent (i.e. memorable) brand hero on the Polish market.

The last hero of our ranking is a real ‘oldie’. The colourful teddy bear Kubuś has been the face of juices of the same name since 1999. The character has thus “raised” at least two generations of young Poles and, as you can see, is not going to stop there. From the very beginning, Kubuś has appeared not only in the brand’s advertising (on TV or in the press), but also on juice packaging (including under labels, encouraging children to solve puzzles hidden there).

Today, Kubuś, after a slight facelift and modernisation of his character, is a regular ‘visitor’ at events sponsored by the Kubuś brand. The Kubuś mascot is a regular feature of events dedicated to children. A helpful, kind and delightful teddy bear – it sounds like a simple way to brand a brand hero dedicated to the youngest.

If the consumers of your products are primarily very young customers, ensure that children can sympathise with the character created. Anti-heroes such as Little Hunger or controversial characters such as Plushak will certainly not work here. It has to be polite, nice and pleasant. Unless, of course, your message is subliminal to parents…

Are you planning to conquer the Polish market with your brand and feel that a brand hero can help you to do so? Then get in touch with us! As an agency with many years of experience in Polish marketing, we will help you select a brand hero to replicate the success of those described in the article!