Gaming and the gaming sector in Poland. How to promote games for Poles? 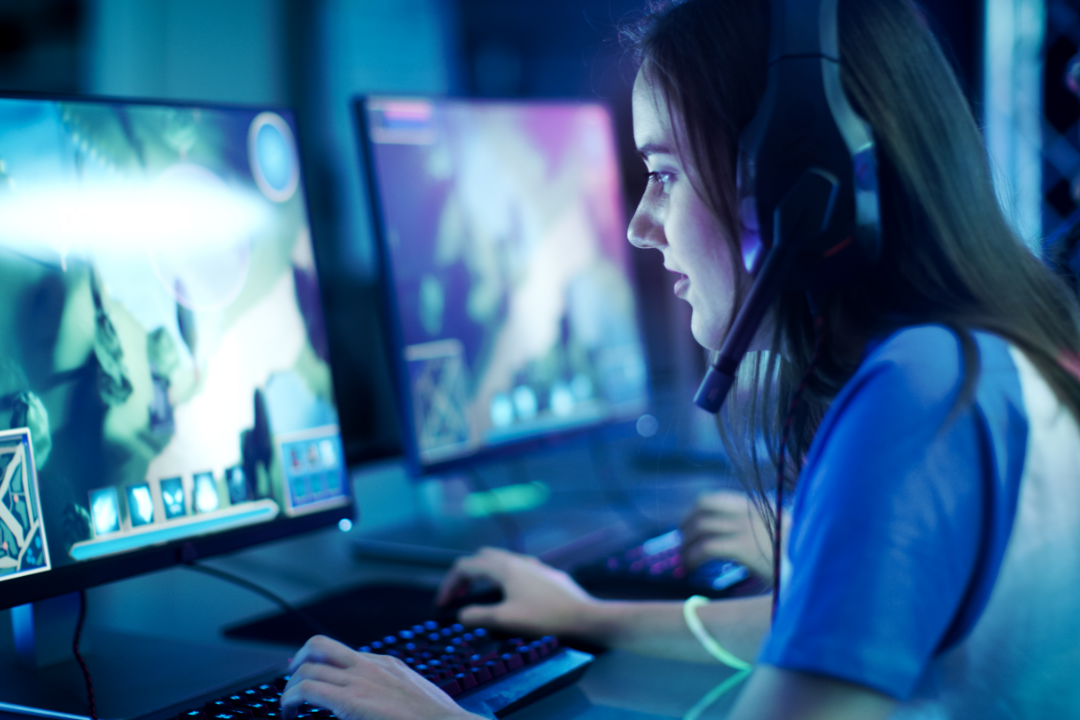 Poland is one of the largest gaming markets in Europe, and Poles themselves are still waiting for new products. What is the gaming sector in Poland like? How to promote games for Poles? These questions are asked by most brands wishing to enter the Polish market. Check out how to win the hearts of local players!

Is it worth fighting for the hearts of players in Central and Eastern Europe? Yes of course! Despite significant competition from Western companies, the regional niche in 2018 accounted for revenues of USD 3.9 billion, with an annual dynamics of + 9.1%. The Polish gaming sector is an exceptionally dynamic industry, because it grew even faster at that time – at the level of + 11%. Already in 2019, the value of the domestic market was estimated at $ 586 million, and last season, a jump to $ 596 was recorded. Perspectives for the coming years? According to Newzoo, by 2024, the gaming market in Poland could be worth as much as USD 789 million.

Who is responsible for such results? First of all, the players themselves and Polish gaming companies. There are 440 companies specialising in the production of games in the country, which employ 9,710 people. Is there a place for smaller studies in Poland? Yes and no. On the one hand, large companies have taken over the segment of high-budget productions, and the teams of e.g. CD Projekt Red (creators of “The Witcher” and “Cyberpunk 2077”), Creepy Jar (survival “Green Hell”), Techland (“Dying Light” and “Dead Island”) or Huuuge Games (“Huuuge Casino” for mobile devices) are recognisable brands around the world. On the other hand, smaller studios have the advantage that they offer their titles in a slightly different convention; they are fresher, more dynamic and… simply cheaper (and this is what Poles especially appreciate).

The gaming community in Poland: who should the message be addressed to?

You already know that the gaming industry in Poland is a very dynamic and absorbent market, which is becoming more and more popular every year. As a brand, you can successfully compete for the favours of Polish players, but you must remember about the specificity of your potential target group. Who are the gaming community in Poland? In 2016, 16 million Poles regularly spent their time with their favourite titles, so now there may be even more of them! Stereotypically, men play games more often, but Polish women make up 49% of the total number of players, so when promoting mobile and browser titles in particular, choose a message addressed to women.

Does age matter? At the moment, yes, although a lot may change in a few years. So far, the most active players in Poland are people aged 15-24. This group is particularly fond of PC titles (whose sales in 2018 were estimated at USD 220 million) and mobile productions (USD 201 million). Players aged 45 to 65, in turn, mainly use Xbox, PlayStation and Switch (three years ago, this sector was valued at USD 158 million). Proposal? You want to promote computer and mobile games – bet on Millennials and Generation Z. For consoles, consider the wealthier middle-class in their 40s. Also try the discount system; combined offers and cheaper digital distribution – the statistical Kowalski spends over PLN 220 (about USD 58.5) annually on games, but remember – he does not like to overpay.

In order to promote the gaming sector in Poland, attention should be paid primarily to the online media. The vast majority of domestic internet users (according to the Polish Gamers Research 2020 report, 76%) play their favorite games on computers, mobile devices and consoles at least once a month. To effectively position your brand, publish content on vertical portals. For a universal group from 16 to 25, the safest option will be Spider’s Web, which is one of the most-read “technology and lifestyle blogs”, although it is currently a fully-fledged portal with an extensive editorial office. For customers a bit more interested in pop culture, naEKRANIE.pl will work, as, in addition to the section strictly devoted to gaming in Poland (and not only), it also publishes material about movies, serials, and even books and comics.

However, if your product or brand targets a target group between the ages of 25 and 35, consider slightly older titles. Millennials remember well the iconic CD-Action magazine, which also had an online version, and the Gry-Online.pl vortal. Gaming TV channels are also a relatively recent phenomenon. These, in turn, focus more on e-sport competitions, but as a sponsor, your brand can effectively be remembered by viewers. In this category, Polsat Games and Gametoon are worth paying attention to.

Gaming events in Poland: why is it worth showing up at the fair?

If your brand is serious about entering the domestic market, you must pay special attention to Polish gaming events. In this respect, Poles set a high bar not only in the region, but also throughout Europe, and players from dozens of countries around the world come to Katowice, Poznań and Warsaw. The loudest gaming events in Poland, however, are not only the domain of the capital, where, among others, Pixel Heaven, Warsaw Games Week or GOODGAME Fair are held. To reach a really wide audience, you should go to Silesia…..

It is in Katowice that the largest gaming event in Poland takes place, i.e. Intel Extreme Masters Katowice (IEM). In 2019 alone, 174,000 game lovers were present at the event and the online coverage was followed by 232 million viewers. It is an event that will absolutely dethrone the competition throughout Central and Eastern Europe, and your brand can not only appear as a partner, but also directly support a given e-sports team. Gaming events in Poland are also a great opportunity to integrate potential customers who come to the largest fair under the name of Poznań Game Arena every year. Whilst not on the scale of the IEM, in its category the capital of Greater Poland competes robustly with nearby Berlin.

We have already written about the best campaigns with influencers in the main roles, the essence of national influencer marketing and the greatest idols of local recipients, so it is not surprising that the gaming sector in Poland often romances with representatives of the world of social media. If you are serious about real engagement, especially of Millennials and Generation Z – bet on an effective influencer marketing campaign (and for this it is necessary to know the background of individual players).

At first glance, the best choice would be a professional gamer, such as Jarosław “Pasha” Jarząbkowski or commentator of the largest gaming events in Poland – ROJO. In fact, such influencers would work in the case of players who are already very involved in the Polish gaming market, but a wider audience needs a slightly different approach. An interesting solution is to choose not streamers or industry YouTubers, but universal creators. For example, Krzysztof Gonciarz, known among young recipients, would effectively mobilise both the not necessarily regular players, and people closely related to the Polish gaming industry, to purchase your product, thanks to his earlier work at the Gry-Online.pl editorial office. An interesting solution is also cooperation with recently very popular rappers (Bedoes, Żabson, Young Leosia).

The gaming industry in Poland is an exceptionally dynamic sector with active customers, so your brand has a great chance to win the hearts of domestic players. However, remember to carefully select your target group, cooperate with popular editorial offices, as well as influencers who will effectively engage potential customers.

Polish gaming events should also be an important component of your strategy, but remember – without thorough knowledge of the national background, it is very easy to slip up. Promote your brand side by side with experts – follow our blog, or contact us, to effectively work for your brand.