Generation Z in Poland, a great and small generation

Do you still wonder how to communicate with the Millennials? Forget about it! Now Generation Z, which is completely different than the previous one, comes into play. In Poland this group, which is 50% smaller than the previous generation, is going to have a significant influence on education, economy and marketing.

Demography is changing Poland at this very moment. This change has already had an impact on Polish education. Every year, the number of children who start school is lower, as they belong to the generation that was smaller than the generation of the demographic boom in 1980s when about 600,000 – 800,000 children were born in Poland every year. However, real problems will begin after 2020 when the people from the bottom of the demographic decline will enter the labour market and go to universities. Managers representing higher education institutions in Poland are already aware that their industry is going to face disaster for a few years. The next generation that will start studies will be 50% less than at present. Nowadays, as many as 650 thousand people finish studies each year. In 4-5 years only about 350 thousand people will start studies. Poland is ageing fast, which you can see from the infographics below. 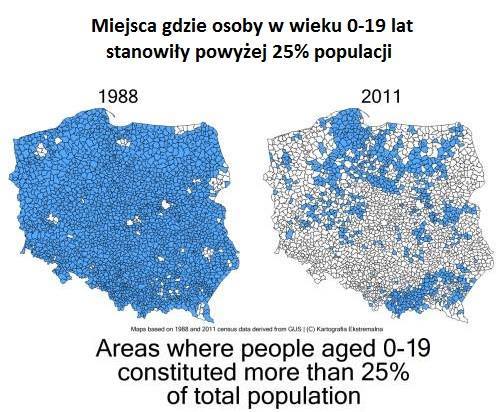 In the ageing Polish society there are labour supply shortages. A very conscious and realistic group of teenagers will be the first generation who will enter the labour market in an after-crisis society, which has been left short by about 2 million people who have already emigrated.

The new generation will not only have to get on well with the demanding millennium generation, but also with exhausted Generation X and even a few people from the baby boom era. Actually, it should not be difficult in the case of the latter.

Generation Z is more down-to-earth and precise than Generation Y and, paradoxically, will be entering the labour market in probably a better time than the previous group. Generation Z has quite a big potential and their precision and pragmatism are promising.

With technological know-how, but sad

There is a shortage of studies for Generation Z.  Natalia Hatalska is the first person in Poland who tried to face this issue. Thanks to cooperation with the company, Orange, she made a documentary in 2015. The video shows the life of teenagers living in big cities.  The documentary shows that teenagers are better at using the Internet than their parents, but at the same time they are less trusting.

Centrum Cyfrowe has also carried out research, concerning children from kindergartens and their parents. This study confirms the very limited digital competences of parents. Polish parents perceive mobile devices mainly as “toys”. They are not able to show their children the educational or functional potential of tablets, as they do not know their potential themselves. In Polish homes, television still reigns supreme. Only 10% of children do not use television sets at all, but as much as 24% watch television more than seven hours a day. 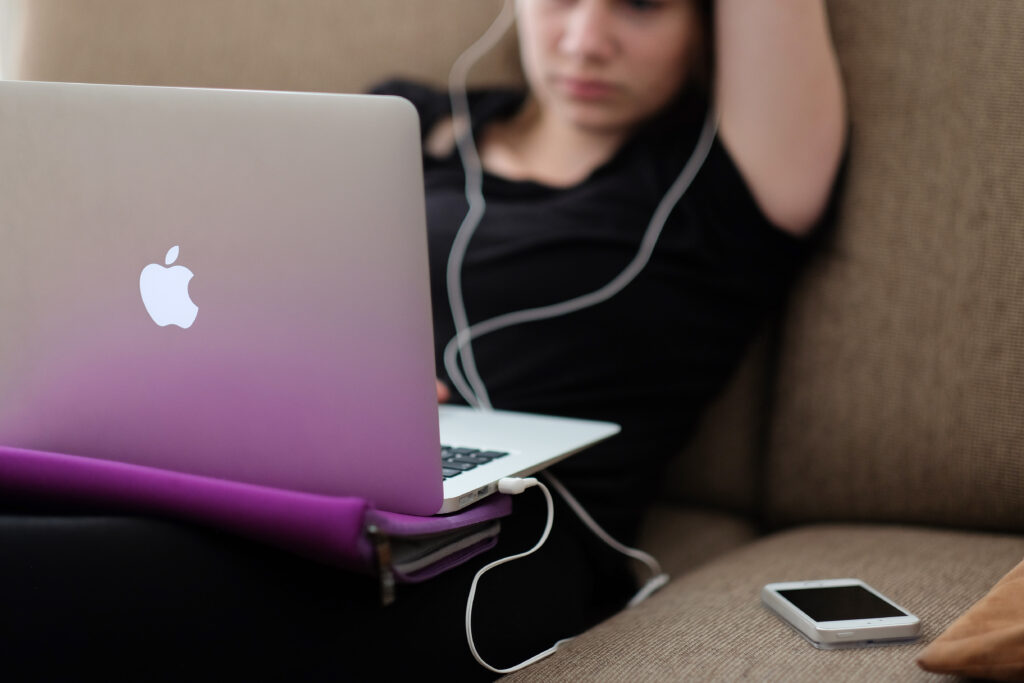 Polish teenagers are sadder than children in other countries – according to the Health Behaviour in School-aged Children research. Thanks to cooperation with the World Health Organisation, the well-being of 11, 13 and 15-year-olds has been studied in 43 countries. The results from 2013/2014 have recently been published. As many as 61% of Polish teenagers think they are too fat. Only 68% of girls at the age of 15 (in comparison to 83% of boys) think that the quality of their life is good, which places Poland in the last position in this research!

Generation Z grew up in a time of economic crisis. It is clearly less demanding, less confident about the future, more concentrated on security and finding a proper basis for action. People from this generation are pragmatic and ready to resign from their dreams, ambitions or career in order to feel secure.

On the other hand, they are also very venturesome and focused on the development of their own businesses. More than a half of the teenagers from this generation want to run their own business. Maybe this combination of pragmatism and entrepreneurship makes them more hard-working and precise, as well as willing to acquire new practical skills. They are learning all the time and know how to acquire new skills. They get knowledge from many sources, including Youtube where they can find short videos with such instructions as “how to develop new software”.

A sense of security, as well as a need for maturity and control , make people from Generation Z drink less, use their seat belts more often and hardly ever take drugs. Another reason is that they are also aware of the long-term consequences of such decisions and the risks they bring, even from a social perspective (difficulty in achieving professional success etc.).

Citizens of the world and natural born pitchers

As far as culture is concerned, young Poles are the citizens of the world. They play online games in international teams, communicate with peers from all over the world and meet cultures from both East and West. Their open attitude is largely embedded in their everyday experience, it is something obvious.

They know English well and know how to pitch their ideas. During the Startup Weekend Kids event, which was held for the first time in Warsaw in June 2016, the level of young people pitches was far higher than during similar events for adults.

The Internet is vital for their social life and a huge part of their social experience is gained in social media, on dating sites etc. It is significant that they do not only use one website, but a few.

Young clients are more and more demanding and have greater knowledge about technology. They have high expectations and lay down conditions. They pick up much more information/advertising messages than their parents. They communicate directly and expect the same from others.

Generation Z deals with technology on a daily basis and this should be taken into account during communication. They can compare offers very easily and know how to find independent opinions in social chat rooms. Today many Polish companies see the need to change the way they communicate with the youngest generation. Electronic sales channels, integrated policy of channels management (omnichannel), and digital agendas are becoming more significant.

Generation Z is also thrifty and focused on buying things worth their price. Contrary to Generation Y, they pay much more attention to loyalty of companies and brands – they expect that companies will take care of them and respect their money. Importantly, this does not work the other way around – Zs’ loyalty towards companies is not particularly strong. They are demanding clients for marketers.

Do you want to get your message to Polish teenagers? Send us a brief!