How to use influencer marketing to promote a retail business in Poland?

Influencer marketing has been one of the hottest topics of recent years, especially in the digital marketing world, as it can give excellent results regardless of the type of business. However, retail business seems to be the one that is not able to make full use of the potential of influencers. If the brand’s marketing activities are focused on the largest group of recipients possible, it is really difficult to hit with an appropriate persona who will be the “fuel” of their campaign. In spite of this, there are several ways to do it with tremendous results. In Poland, retail businesses have been using the power of influencer marketing for many years and over those years several great campaigns were created (both large and small). How to use influencer marketing correctly to promote a retail business in Poland? Here are some tips from the giants: 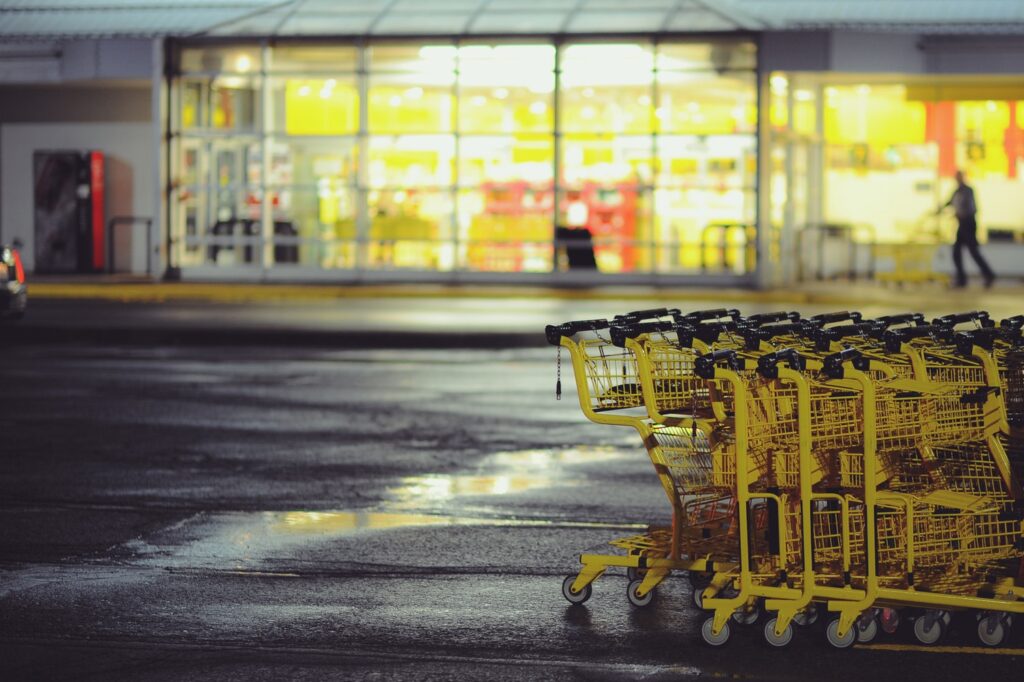 Without any doubt, retail business has its own rules. To be effective for a larger target group, you have to go “big”. Of course, the advertising budget in this industry is obviously different – it is usually much bigger than in many other companies. In Poland, from time to time, we can notice great and loud 360⁰ influencer marketing campaigns with the more prominent Polish influencers from show business. The most important issue, if we want our influencer marketing campaign to hit the widest target group possible, is to choose a person who will be recognised by as many people as possible: regardless of their age, sex, or the media they use on a day to day basis.

One of the most famous Polish media campaigns of recent years was the memorable cooperation between pop star, Ewelina Lisowska, and Media Expert. The campaign was based on a short jingle composed for the melody of one of Lisowska’s popular songs. A fragment of this song was played on TV and radio, several times a day.

The music and the whole message are remembered by Poles to this day. Lisowska’s face appeared for a long time in all advertising material, such as bulletins or on billboards. In spite of the fact that the advertisement quickly became irritating to many customers, it appeared to be an extremely effective advertising solution that will be remembered for many years to come.

A highly recognisable personality known to almost every Pole is also a great element of an effective brand’s contest. The element of a well-known and confidence inspiring face is a great lure to attract new customers and increase interest – regardless of whether it is a small contest in social media or a nationwide one, advertised on the largest TV stations.

That is what convenience store Żabka did by inviting Jerzy Dudek – a former football player in the Polish national football team – to promote their contest. To join it, customers had to purchase certain products in the store. The main prizes included the opportunity to travel to the Super Cup matches with Jerzy Dudek, and autographed footballs. In this case, the influencer was practically one of the main reasons for people to take part in the contest.

With a larger budget, a brand can take advantage of influencer marketing as an additional element of a larger promotional strategy. This is what the Polo Market store is doing at the moment. The brand is the main sponsor of the television programme “Shopping under control“. Jarek Korczak and Darek Kuźniar, who are the hosts, change the dietary habits of Poles. However, the brand uses their images also on its social media channels, making them one of the key elements of its communication strategy on the internet. It’s a win-win situation for both. 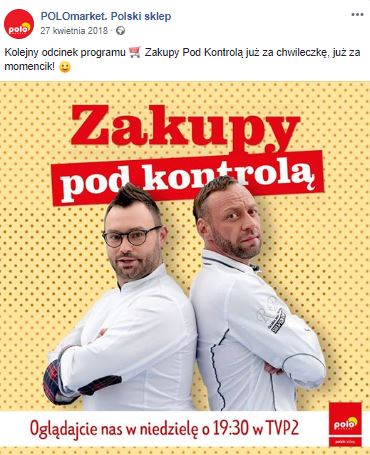 Merge your activities on different channels

You can go even further with combining actions with influencers in campaigns on different channels. The best Polish example is undeniably the grocery store Lidl. The brand will be irreversibly associated with Daria Ładocha (formerly there were Dorota Wellman and Pascal Brodnicki) and Paweł Okrasa. They have transformed into specific brand heroes. This is a superb example of a well-thought-out 360⁰ influencer marketing campaign that is based on all kind of media. 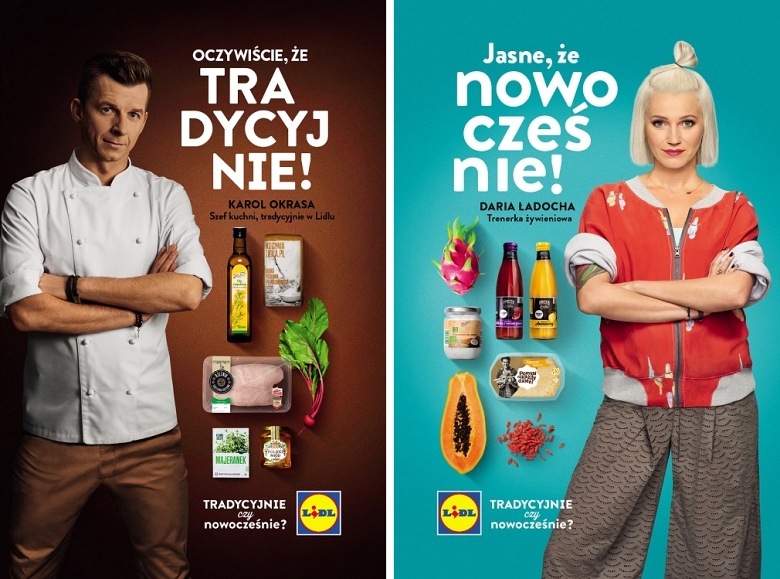 Each channel is used in a different way. There are numerous TV commercials, a strong outdoor campaign, a blog with recipes (both Paweł and Daria are connected with cooking) and the brand’s own YouTube channel as well.

There is probably no better thought-out and comprehensive influencer marketing campaign on the Polish retail market.

Another example of similar activities is the case of the Rossmann drug store chain. However, here, rather than specific personalities, the brand opted for a cultural context – involving actresses who play in the Polish TV series “Przyjaciółki“. The characters of the series appear in seasonal television commercials, promoting new products from the store, as well as campaigns and promotions.

Their faces are also an important visual element on the store’s website and other promotional materials, such as leaflets. They also play a big role in the brand’s Facebook profile, attracting customers especially in times of seasonal discounts. This is a perfect example of a non-pushy influencer marketing campaign in the Polish retail business. 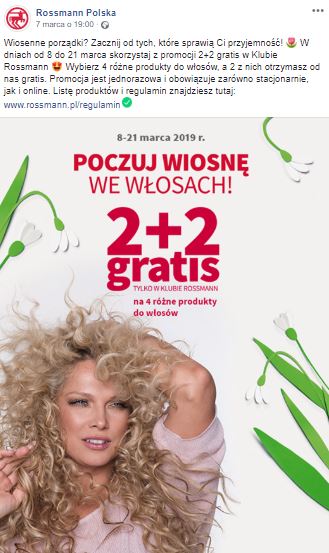 The power of social media

Of course, not every campaign requires cooperating with big influencers and implementing a multi-channel campaign.  Often, especially in the context of communication to younger audiences (and narrower targeting), retail companies in Poland decide to collaborate with smaller influencers based on social media. A great example of this kind of activity could be the last IKEA spot, available on YouTube.

It was created in cooperation with one of the most reachable Polish YouTubers – Martin Stankiewicz. We can see that IKEA gave him a free hand in the process of concept creation as well as directing the video. It is coherent with the traditional style of Martin’s narration, but still a non-pushy and funny advertising of the store.

Social media activities with influencers may be much less “showy”. Sometimes, the brand uses the disposable support of the influencer (big or small) to promote one particular action (for example – a contest or promotion). This is exactly what Natura drugstore did on their Instagram profile when they invited actress Kasia Cichopek to help them promote a contest with just one post. It’s a great way to attract a larger audience and increase the number of people interested in the contest, with probably a small budget. 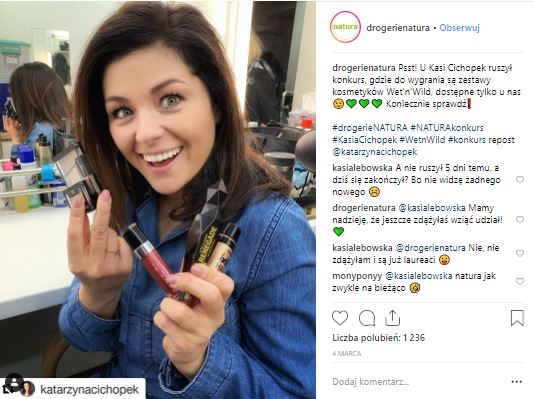 Focus on some niche

One of the big retail business mistakes with social media communication is targeting ads to a very wide, homogeneous target group. The narrower the campaign target, the greater the chance of reaching some niches. We need to mention here the example of Lidl once again, who also take advantage of smaller influencer marketing collaboration among social media. Lidl has recently expanded its assortment to many vegan products. The brand has also made great use of this moment as a strong element of their promotional campaign. They often collaborate with bloggers and YouTubers who promote veganism. There are many sponsored films (such as the one with a vegan haul from Juszes) and Instagram posts as well.

The Hebe drugstore chain works in a similar way. Their activities are focused predominantly on Instagram and cooperation with micro-influencers who deal with make-up. A few posts from smaller influencers may work even more effectively than one loud influencer marketing campaign with a one ‘celebrity’. This kind of promotion arouses great engagement, with less cost. 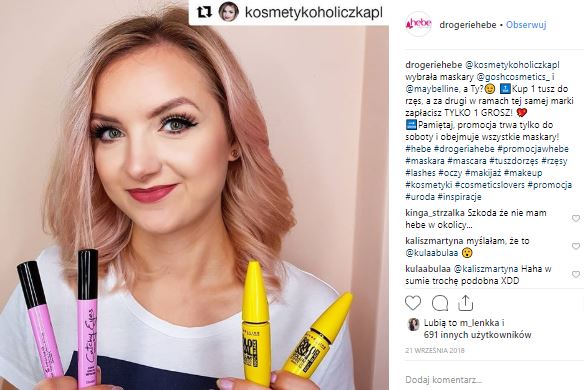 Using the potential of a niche in social media works equally well in the case of the Makro store. They’ve based a large part of their communication on Instagram where they promote their own events – workshops for beginner chefs with food bloggers and other famous chefs known from media. On Instagram, communication is focused on one target (those who may be potential participants in their workshops. It is another great way for the Polish retail brand to effectively use a certain niche in influencer activities. 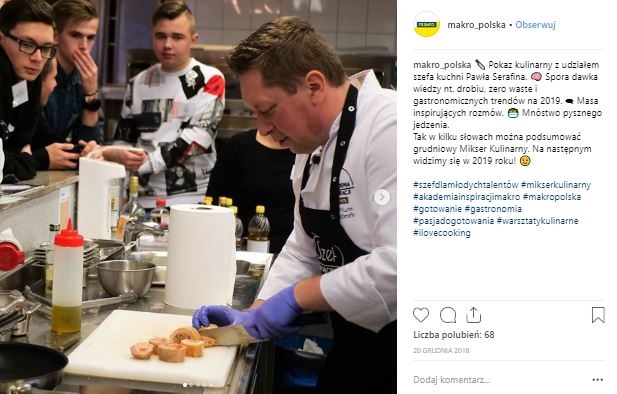