The most interesting Polish Christmas advertising campaigns in 2021 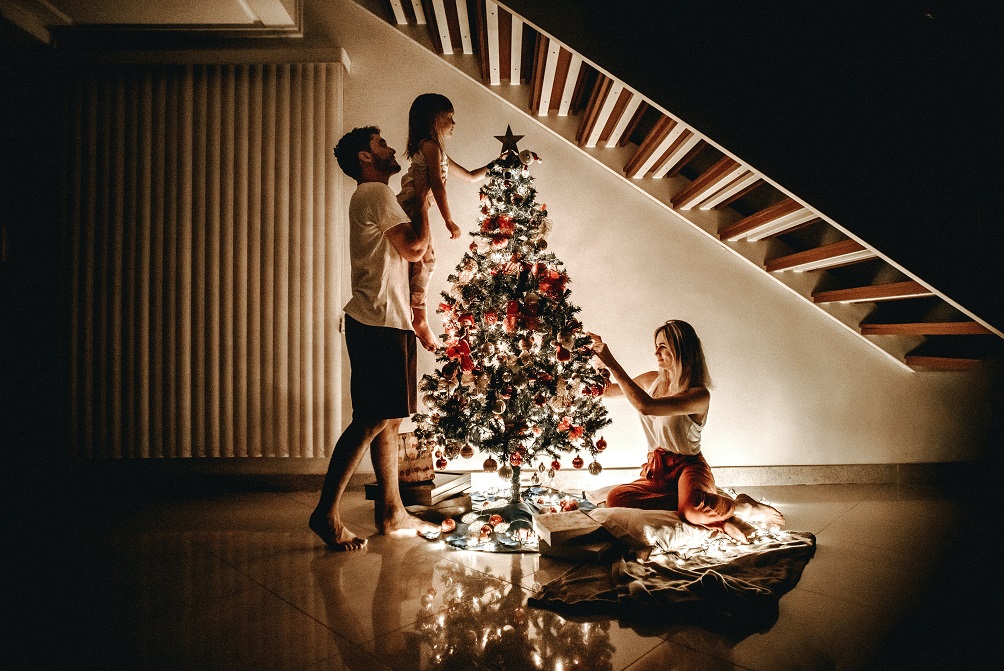 Allegro, the Polish e-commerce website, surprises us every year with moving Christmas advertising campaigns. In 2016, it was the touching iconic “English for beginners” video ad, and it’s no different now either. Just as you shouldn’t judge a book by its cover, you shouldn’t judge people by their appearance – emphasises Allegro in last year’s commercial prepared for Christmas. The tearful commercial was available in several versions prepared for various platforms, including television and the brand’s social media.

Tezenis is a lingerie brand with Italian origins popular in many international markets, including Poland. Already in 2019, the company invited several influencers from different countries, including Italy, Portugal, Spain, Russia and Poland. The Polish representative was Maffashion (Julia Kuczyńska), who is one of the biggest influencers in the country. Her Instagram is currently followed by almost 1.5 million followers (data as of December 2021). Last Christmas, Maffashion returned to collaborate with Tezenis with a Christmas campaign of winter lingerie. Interestingly, among the influencers from other countries, the well-known TikToker Khaby Lame (122 million followers) appeared for the first time. Both the idea of the campaign and the unusual selection of influencers worked out well for the brand. And the campaign itself got a lot of publicity in the Polish media.

In the flood of good Christmas campaigns, one has to stand out. Last year Coca-Cola succeeded in doing so by releasing a Polish Christmas podcast series online on 6 December. The podcast titled “Cofnąć czas, czyli świąteczne spotkania” (Time to go or Christmas meetings) has 4 episodes and features a plethora of well-known Polish stars, including actors Piotr Fronczewski, Cezary Pazura and Dawid Ogrodnik. The podcast was part of Coca-Cola’s global marketing strategy “Real Magic”. The campaign was a response to the growing podcast market in Poland. The popularity of podcasts is growing year by year – it is worth keeping that in mind when planning a communication strategy for 2022.

Uszatek Teddy Bear and Christmas? This idea had no right to fail! On the 1st of December, a Polish clothing brand Tatuum released a special limited collection of clothes for men and women, which feature the cult figure of Teddy Bear Uszatek – the most famous teddy bear in Poland, which for many Poles is a synonym of childhood. As the authors of the idea explained, the Tatuum brand decided to reach for this icon of Polish pop culture in order to emphasise its Polish roots and local character. The comprehensive online promotional campaign was supported by a series of advertising films, social media and PR activities.

Only a few years ago, red Coca-Cola Christmas lorries were the most popular on the streets of Polish cities. Last year, the trucks were replaced by a train under the Tyskie beer brand. “Przejdźmy na TY w Święta, ponad podziałami” is the slogan of the campaign, which is a direct reference to the brand’s main slogan (“Przejdźmy na TY”). The Christmas vehicle decorated with lights charmed us first in a promotional video, and then drove through the largest cities in Poland. The brand also made an excellent reference to its competitors. Tyskie’s social media featured a photo of the train, which arrived at the station in the city of Żywiec. It was a clear taunt towards the beer producer of the same name. Żywiec responded jokingly in a comment under the competitor’s photo. A Christmas reconciliation? Certainly an excellent PR move.

“Christmas. This is how I do it” – is the slogan of last year’s festive Polish alcohol brand Ballantine’s campaign, depicting contrasting ways of celebrating Christmas. The main idea of the campaign was to show that any way of spending Christmas is good if it is in line with our needs. Polish musicians Rogucki and Rau were invited to participate in the campaign, which took place mainly on the brand’s Instagram. The campaign was part of Ballantine’s long-term branding campaign “That’s the way I do it”, which has previously featured, for example, the singer Brodka.

Last year’s Christmas outdoor campaign by the city of Warsaw is a brilliant example of why it’s a good idea to leave the phone at home for Christmas and just go for a walk. In December, Warexpo advertising poles with… Christmas decorations appeared in strategic places around the city. The decoration in the form of pendants with the figure of the Warsaw Mermaid (the city’s symbol) could be unhooked from the pole and used to decorate your own Christmas tree. Interestingly, the supply of the pendants was constantly replenished until Christmas.

Finally, we left behind a fantastic Christmas charity action prepared by the State Forests and the National Blood Centre in cooperation with Regional Blood Donation and Hemotherapy Centres. The action promoted voluntary blood donations – on 16 December in various cities in Poland each person who donated blood in one of the branches or mobile points received a Christmas tree as a thank you. The campaign was announced under the slogan “share life”, encouraging people to share the most precious gift they can give to others. Such creative campaigns with a mission we love!

Looking for a Polish advertising agency to prepare and implement a marketing, PR or employer branding strategy for your company? The best Christmas campaigns (and more) are the result of long-term preparations. Contact our experts – we’ll be happy to talk about your expectations!