6 mistakes of ethnic marketing to Polish community in UK 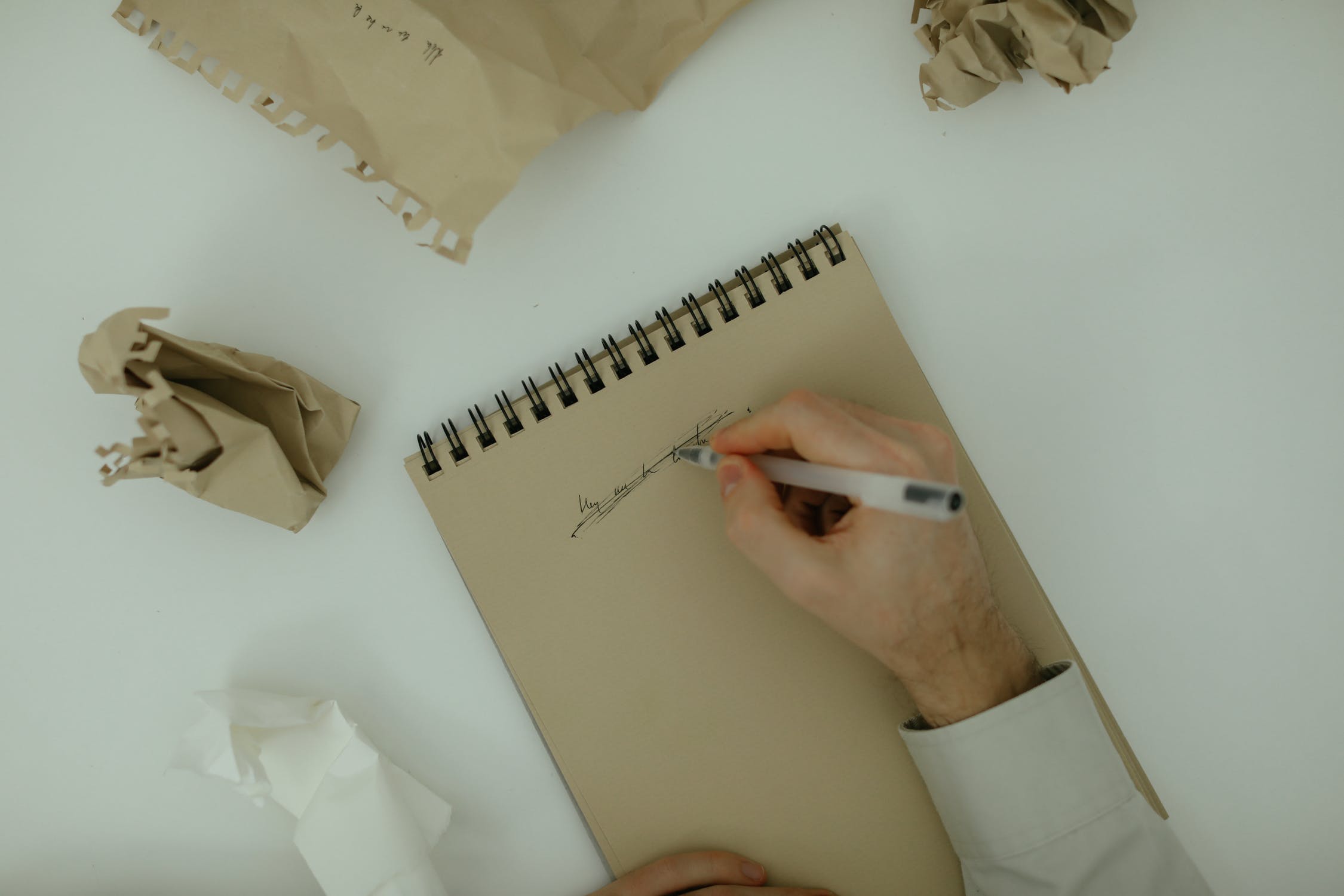 According to the latest data, there are approximately 700,000 Poles living in Britain today. That’s 700,000 people who may be willing to use your product or service. Provided you reach them skillfully. Ethnic marketing (or multicultural marketing) is not just a catchy term today. It’s an essential strategy that any brand that wants to reach any national minority in their country should take. See the 6 biggest mistakes of ethnic marketing to the Polish community in the UK from the perspective of a Polish communications agency.

1. You’re not sure which generation you want to reach

As in the case of other target groups, the most serious mistake in marketing to Polonia is not knowing your audience. Incorrect assumptions about the target group may not only fail to bring the expected results – they also translate into brand image problems and bring considerable financial losses.

According to statistics, the majority of Poles in the UK were born between 1966 and 1994. As you can see, the range is huge – after all, these are two different generations! What’s more, within themselves each generation will also differ. Some have a secondary education (there are over 90% of them) and work in manual labour; others are post-graduate and work in UK corporations; still others are business owners.

Immigrant millennials are more demanding consumers than their parents or grandparents. They are characterised by greater openness to novelty, so it will be easier to reach them with many marketing messages. The older generation of Poles is much more conservative. For example, did you know that over 40% of Poles believe that Halloween is replacing the native tradition of All Saints’ Day? On the other hand, Valentine’s Day is celebrated by 66% of Poles living in Poland and as many as 75% living in the UK. As you can see, they are more open to some traditions than others. There is a saying in Poland: if you walk among the crows, you must caw as they caw. This is the most important principle of ethnic marketing to Polonia.

2. You don’t research the market before taking action

This mistake stems from point one – because if you don’t do your market research beforehand, you won’t know your target audience inside out. As a Polish advertising agency experienced in ethnic marketing, we notice that many representatives of British (and not only) brands often make this mistake. And this is right at the start. Unfortunately, the stereotype of a typical Pole living abroad is still alive – and yet if you base your marketing on them, you can expect failure in advance.

Poles living in the UK find it difficult to maintain cross-border relationships, making them more open to British culture. Recent studies show that they resemble native Brits more than Poles who remain in their homeland! They earn more, have a high standard of living and many of them do not even cultivate Polish traditions (especially the younger generations of Poles).

On the other hand, although the differences are blurring, marketers should not ignore the differences between British and Polish customers. According to Kantar’s latest research, Poles are a specific type of consumer and are very cautious about their purchases, with most of them being price-driven. Although Poles like well-known brands, they are price sensitive; much more so than the British. They have no problem going to great lengths to find the best promotions in order to buy quality products as cheaply as possible. Another large group are Poles focused on getting their shopping chores done quickly. They, in turn, are negative about promotions and very distrustful of the actions of brands.

3. You are using the wrong media

According to researcher Ewa Jarosz of the University of Oxford, Polish migrants living in the UK rarely watch television, despite knowing the language. This may mean that linguistically they still do not feel comfortable enough to use British television. Only 15% of Poles use British media. So, if you misplace your advertising messages from the outset, you will not achieve the sales you expect.

Getting information or reading the press is similar. Poles (like most minorities in the UK) feel connected to the Polish community in the UK, so they are more likely to read Polish language magazines (such as Goniec Polski). Some even subscribe to classic Polish magazines published in Poland! Does this mean that it is enough to find a title with a high readership and simply place your ad there? Absolutely not. Experience has shown us that print ads to Polonia work poorly – especially if brand owners create them on their own and without consulting experts. Do you want your press ad to be successful? Better leave it to the professionals.

4. You underestimate the power of the Polish competition

Attachment to one’s own separateness and individuality is a common phenomenon among migrants abroad. It is no different for Poles in the UK. It is worth knowing that Poles are usually eager to buy Polish products and appreciate Polish quality. This is particularly visible in the food sector – they like Polish bread, dairy products, meat and vegetables better than British ones. They are also accustomed to very specific tastes, and many of them still cook Polish dishes even though they have lived abroad for many years. The cosmetics market is similar. More and more good cosmetic brands are being created in Poland, which Poles – especially young people – prefer over foreign drugstore brands. So if you want to reach the hearts of the Polish diaspora, you have to know who your opponents will really be.

Poles in the UK are keen to set up their own businesses. Even before Brexit the number of Polish entrepreneurs amounted to almost 90 thousand! Accessible British tax law (Polish law is considered to be one of the most complicated) and relative comfort in running a business in the UK encourage more and more Polish migrants to try their hand at business. These are mainly companies from the transport sector, beauty (beauty salons, hairdressers), health, accounting, law and services. Their main customers are Poles, who appreciate the quality of Polish services, are willing to support native entrepreneurs, but also feel more trustful towards people who communicate with them in their language. This is really big competition and ignoring it is a serious mistake.

5. You bring up subjects you do not understand

In marketing, few mistakes are as unforgivable as falsehood. Especially for Poles, who are quite a sensitive nation and are able to sense very quickly whether someone is trying to tell them something. Want to bring up the topic of Polish holidays on your brand’s Instagram? Post a funny meme in Polish on Facebook? Introduce a promotion for products that are ingredients in Polish pierogi? Never do this without consulting a nativist! Poles have a lot of “sanctities” that should not be touched if you don’t understand them.

On the other hand, by not knowing Polish culture well, you can inadvertently miss out on many great marketing opportunities. Example? Poles – especially the older generations – like to celebrate their name days. For many, their name day is a bigger celebration than their birthday. Poles also do not necessarily celebrate Halloween (the day after Halloween is All Saints Day in Poland, which is a day for reflection and thinking about the dead). Easter, on the other hand, is from a religious point of view a much more important holiday than Christmas, and the classic dishes (such as żurek, eggs or white sausage) and customs (such as Śmigus Dyngus, i.e. dousing oneself with water on Easter Monday) are a permanent part of Polish tradition.

6. You communicate in one language only

What language do you think the marketing communication of a British company that wants to reach the Polish community should be in? In Polish? Or maybe in English? There is no obvious answer here. Everything depends on the first and second point of this list – research of the target group and good knowledge of your audience. Poles abroad, just like other minorities, fall into several categories.

Interestingly, such people, especially after years spent abroad or even born in the UK, communicate in the so-called Ponglish (a kind of mix of Polish and English). Now we are not saying that you should necessarily introduce Ponglish into your communication but it is worth being aware of its existence. Although difficult to understand for outsiders, it is a great marketing way to attract attention of recipients and build their trust. However, make sure beforehand that you work with a native speaker who will, if not create from scratch, at least review the material before publishing it. However, we suggest caution. If you have the opportunity to hire a Polish comms agency experienced in ethnic marketing, it is definitely worth considering such cooperation.

Advertising to the Polish community in the UK is not an easy task. Especially if your previous experience ends with marketing exclusively to Brits. If you are looking for help from a Polish agency that deals with ethnic marketing to Poles in the UK, contact our experts.