How to create a successful Polish Christmas marketing campaign. Tips and examples.

Christmas and the beginning of the New Year is a very intense period in every marketer’s life – especially if their target is the B2C industry. It is a time that can bring extraordinary sales increases. In Poland, this period is no less important than in the western part of the world. Christmas is one of the most important holidays for Polish Catholics and an extremely religious event. On the other hand, commercialisation of the market has resulted in there being no other time more favourable for shopping than at Christmas. It is a good time to remind customers of your brand, with a balanced and climatic campaign. We collected 5 tips (with examples that have really worked) on how to make an effective Christmas marketing campaign in Poland.

Forget about only selling

Everyone talks about buying presents, Christmas parties, and New Year’s Eve. However, this is not a good time for intrusive sales advertising. In Poland, Christmas is a time devoted to family, and spending time with friends and loved ones. Many Polish brands use this fact wisely and completely ignore the sales element in their campaigns and advertisements. It is much better to have a coherent and climatic image campaign that will present the company as a friendly brand. Many Polish Christmas commercials even try to remind Poles about things that are the most important at this time. Sometimes the product itself is placed in the background, or does not even appear at all. 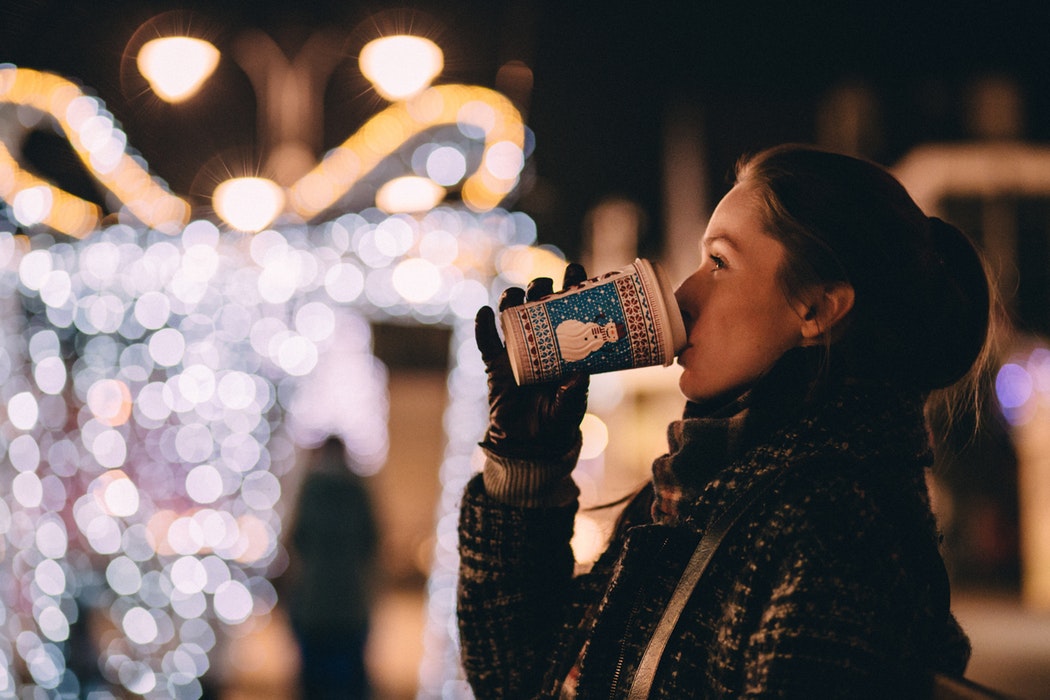 Use the power of emotions

It is not a secret that emotions feature best in today’s advertising. Emotions are the key to making purchase decisions. If you create a moving marketing campaign that will touch the emotions of the recipients, you can be sure of a reciprocal response.

How to get the most out of the campaign? The best way is to tell a story. Let’s appreciate the magic of storytelling. Particularly during the Christmas season, it is worth using elements of nostalgia; emotive childhood memories, and family love. Poles like to be moved. A great collection of such emotions was embodied by the Polish online marketplace, Allegro, in their iconic “English for Beginners” commercial:

A year ago, in their Christmas campaign, Allegro used lots of nostalgic and emotional elements. The advertisement also showed elements characteristic of the years from the past in which the action takes place. Viewers recognised their own old apartments, furniture or obsolete fashion. It was like stepping back in time.  Result – lots of crying and sniffing across the nation:

Interestingly, nothing directly points to what Allegro offers. The company served only as the stage on which the heroes played out their story. This shows how insignificant the logotype of a brand is, and the importance of the transmission of emotions.

The power of emotions was also used in animated advertising by Empik (commercial chain selling books, press and media products). Their video is basically a cartoon that does not resemble advertising in any way:

An animated advertisement was the main element of the entire “Letter to Santa” campaign, which focused on selling children’s books. All sales proceeds were given to charity. The success of Empik’s campaign is further proof that emotions and helping others are what really count at Christmas time.

For Poles, Christmas is always a time to remind themselves of their traditional values. They forget about their busy lives, stop for a moment, and focus on what is most important.

All the best Polish Christmas advertising campaigns use this. One of most successful was last year’s Ikea Poland spot:

At first glance, nothing unusual happens here. The ordinary family spends time together at the Christmas table. We all know that the furniture shown in the advertisement is from Ikea, but it doesn’t really matter. What matters is only the picture of this happy family. Only the logo and main advertising slogan of the campaign reveals to us what exactly this advertisement is about. “Make some room for love” excellently transfers family values important to Poles.

The campaign creators decided to remind Poles of the extinct tradition of sending Christmas cards. Nivea printed family photos sent by clients and then changed them into Christmas cards for their relatives. Once again, apart from familiar colours and logo, we do not see any actual Nivea products at all.

OLX (another online marketplace) appealed to other Polish traditions in its Christmas campaign a few years ago. Advertising spots presented people from different Polish regions (with their characteristic outfits or accents) reminding the whole of Poland of old cultures from different parts of the country:

The values used in a Christmas campaign (or any other campaign) should be matched to the target group. For the younger recipients, elements of the modern world are more important than the festive Polish traditions, as modern elements make the holiday a part of their reality, not just the old traditions their parents and grandparents taught them. For this reason, in some cases, it is worth using well-matched influencers in a Christmas campaign. According to recent studies, influencer marketing could generate a return rate (ROI) 11 times higher than traditional digital campaigns.

This is exactly what Coca-Cola did:

They decided to create a Christmas campaign, supported by the most popular Polish YouTubers. Influencers not only appeared in the advertising spot, but they also took part in the Christmas Coca-Cola truck routes all over Poland, making performances in the largest cities of the country. The idea worked so well that YouTube influencers appeared in other, non-Christmas, Coca-Cola advertising campaigns.

The power of influencers and famous people is successfully used also by female orientated brands. Christmas jewellery collections from Apart were promoted by a holiday photo session with the most famous Polish women from TV and the fashion world (e.g. supermodel Anja Rubik):

Polish fashion brand Reserved went a step further. For their #ReservedForXmas campaign, they used fashion influencers from around the world. International models such as Adwoa Aboah, Irina Shayk and Jon Kortajaren Jourdan Dunn appeared in both their video and advertising shots: 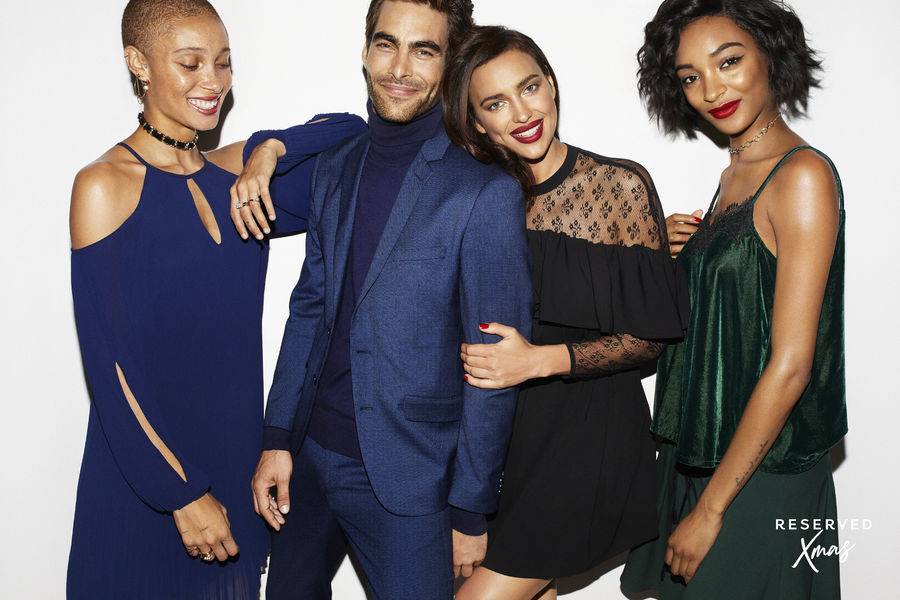 Give away some Christmas presents

Probably no brand has lost on dressing up as Father Christmas and going out to customers with presents once a year. For Poles, Christmas is also a time when they hurriedly look for gifts, as it is nice to get something unexpected for the occasion. Christmas is the time of unselfish giving. This fact was exploited by Polish online store Mall.pl, which presented this campaign to the world:

Gifts for customers do not have to be that big; they can take the form of a Christmas discount, voucher, or gift card. It does not have to be anything physical. Empik in their last social media campaign on YouTube used the popularity of DIY and created a few short spots presenting how to create Christmas decorations using products available in their stores:

The “How to..” idea, this time as a recipe, was used in the marketing campaign of Delecta (Food Company). They created the “Recipes full of Christmas emotions” contest.  Several elements of a good Christmas campaign were used here: not talking about the product, giving a gift, and using Polish values: 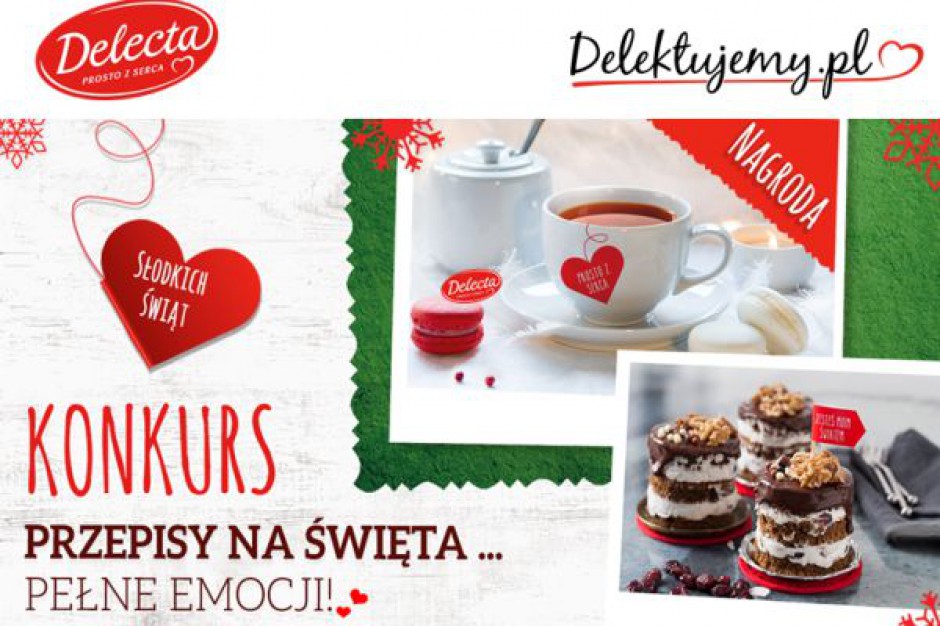 Giving the brand a festive climate can also be used in packaging and special editions of products available only at winter time. Every year, chocolate Company Milka release chocolates with themes such as snowmen, Christmas trees, and other festive elements. The entire Milka Christmas marketing campaign is always focused on advertising these specific products. Here is the Polish Christmas spot they released last year:

Christmas is an important time for Poles, it does not matter whether they are Catholic or not. Poland is a very specific target, slightly different from West European countries. We know perfectly the Polish market, as well as what values and meaning each holiday has. If you want to talk about next year’s marketing, advertising, or PR Christmas campaign for your Polish customers, feel free to call or write to us. If you are looking for a Polish advertising agency in the UK that can create an effective campaign for any other Polish holiday, do not hesitate to contact our specialists now.